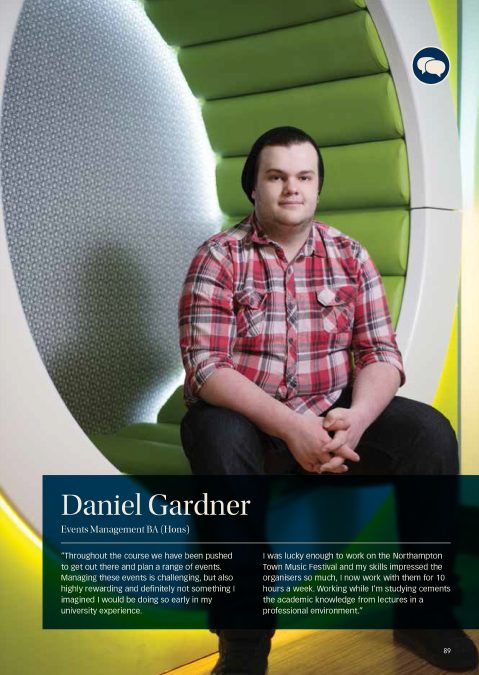 In 2015 we were commissioned to shoot a series of images to illustrate Northampton University’s undergraduate prospectus. The images were shot over several weeks and multiple locations. The locations were a mixed bag of studio, indoor and outdoor environments and the main challenge was to maintain a similar style throughout the entire set. One of the many outdoor location shots for Northampton University’s 2015 Prospectus.

The shots were all lit with a single light, which varied from a simple speed light to a heavy studio light with a battery pack. All of the images in the prospectus featured students and alumni of the University.