WARNING: Why You Shouldn’t Buy A Giottos Tripod 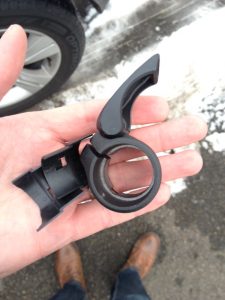 This month, we began upgrading our photography equipment we use to ensure our clients are getting the best service possible. This has included new cameras, lenses, computers, lights and editing machines. For the last six years or so, we’ve been using a Manfrotto tripod to support our cameras, and while it’s still as solid as the day we got it, it does look a little battered, which is why we thought we’d also invest in a new set of legs. 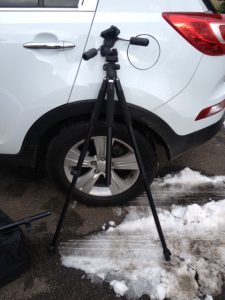 After a bit of browsing, we boiled it down to two options- another Manfrotto, or a change of brand over to the all-new Giottos YTL 9383. The Giottos boasted a patented, more compact design, and also weighed in slightly less without sacrificing any sturdiness. We went for the Giottos.

On its first outing the following day, all seemed well with our new Giottos. We were shooting at three locations over a day in London, and it did what you’d expect it too- held the camera still and did not fall apart. Perfect! Also, its compact design and light weight, meant hoofing it around the capital was no problem at all.

The second job the tripod was used on was with a new client- our first time shooting for them- who manufacture luxury yachts. We were shooting their products at their facility and decided to use the Giottos as it looked nice and had done the business in London a week earlier.

While setting up to shoot the second image of the day one of the legs just fell to pieces.  Luckily, I managed to catch the top of the tripod and the bit that fell away did no damage. A few awkward moments later, and I’d recovered the run-away leg and all the bits that had fallen off. From looking at the parts that fell away, we noticed that essentially, the legs are held together with a thin ring of plastic. 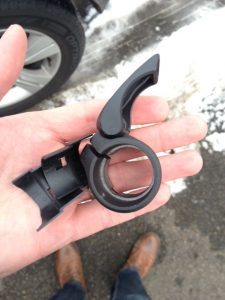 Giottos patented technology. Is it meant to look like that?

Considering the box the tripod came in is emblazoned with the words ‘PROFESSIONAL TRIPOD’- I was expecting to get a little more use out of the thing. We’re just grateful for the fact that no damage was done to any boats or our camera gear.

After returning to the office, we contacted Giottos via Twitter and were told to contact their UK distributers, Daymen International. So we wrote to Daymen, explaining in detail what had happened and how disappointed we were with their product. The next day we still hadn’t heard anything, so decided to email them again. Still nothing, so we gave them a call.

On the phone, the lady who had answered explained that it can take up to ten days to receive a response from their main email address (longer than their tripod had lasted). We asked if it would be possible to speak to anyone, and were told that she would find our email and reply to us. This is the email we got back an hour later:

We will send you returns documents via email.

Please confirm which of the 3 addresses below you would like us to create the file in?

That was it! Not even an apology. So we wrote back and said not to worry, we’ll just take it back to the shop we brought it from.

The following day, we received a call from another of Daymen’s staff, who was very apologetic about the reply we’d received and said they want to get this sorted. Fair enough. I was offered a replacement, but obviously our confidence in that particular model was severely dented. She said that she would have a word with a supervisor and get back to me.

Five minutes later, they called back. After speaking with the marketing department (who bizarrely deal with customer returns!) we were told that our only option was to return it to the shop we’d purchased it for a full refund.

Out of interest, I asked if I were to purchase another Giottos model (an upgrade) would the parts that keep it together be of higher quality, or are they all the same. Surprisingly, I was told that all of their tripods use the same technology, and there are no other options.

So there you have it. If you’re happy to risk your camera equipment on a tripod held together by plastic that can’t withstand two days of use, go for it. We know what we’ll be doing- getting another Manfrotto.