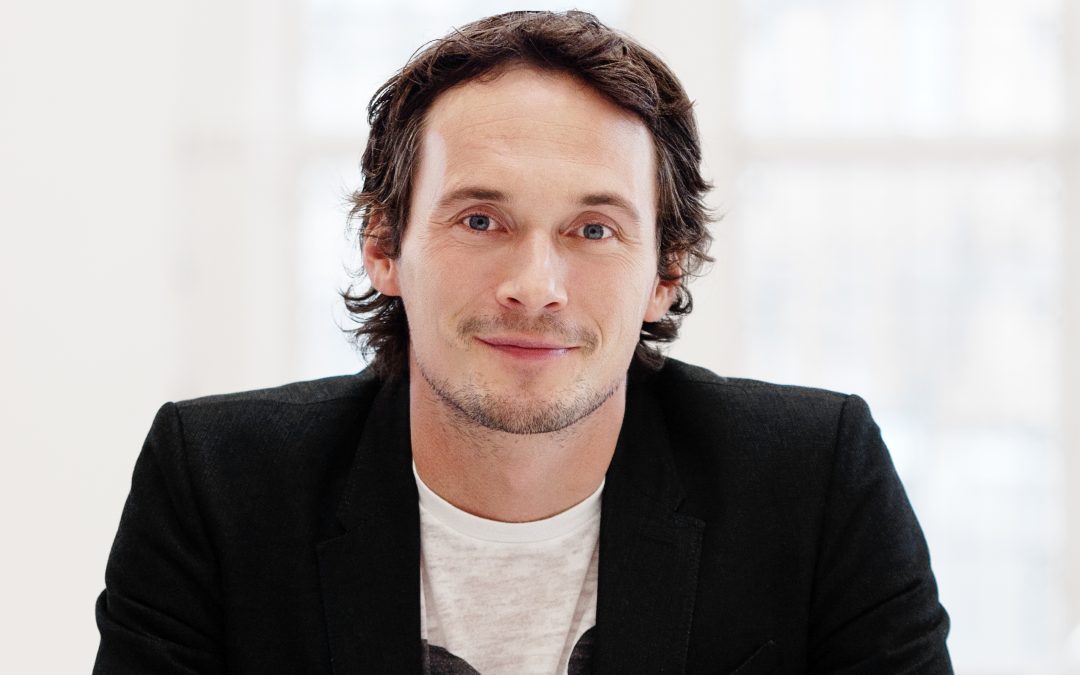 This week a new record was broken. Until Wednesday, the record holder for the shortest photo shoot we’ve ever done was former CEO of Intercontinental Hotels Group, Andy Cosslett, who we spent a full five minutes with. In comes Richard Reed, CEO of Innocent-who smashed the record with an amazing sixty seconds.

Yes, you have read that correctly- sixty seconds.

For those of you that aren’t familiar with Richard, he, along with his two best mates Adam Balon and Jon Wright started the Innocent smoothies brand from their kitchen in 1999 while studying at Cambridge University. It’s now worth £165M. Not bad going, eh? Richard also recently featured in Peter Jones’ documentary for the BBC, ‘How We Made Our Millions’. His story is a truly inspirational one and if you’re a budding entrepreneur, I’d highly recommend watching the programme.

The setting for the shoot was at Nottingham Trent University. Richard would be giving a talk to students in the University’s conference centre, so we decided to set up our shot in an adjacent room which was en route to the exit where Richard would be leaving. The room was large, bright and had chairs and tables already there. A few minutes of furniture re-arranging and the room was ready to go.

In my experience, when you are absolutely relying on nothing going wrong, something will go wrong, so we always give ourselves a couple of options- planning for the worst and hoping for the best. This is even more important when you are shooting in a tight time frame- you need options that you can switch to in a split second. On this occasion, there was no room for error- should I have to start faffing about with lights or radio triggers Richard and his staff wouldn’t be hanging around.

Plan A was to light the shot using four lights. We would shoot at 125/sec @ f8 200 and expose for the scene outside the window, use a light for fill, one for key, one for a kicker on the right side of Richard and one to boost the ambient in the room. The lights would be fired with radio triggers.

Plan B was to shoot using only the rooms ambient light. The huge windows behind where Richard would be sitting were flooding the room with light and the wall behind me and the white gloss table he would be sat at were acting as giant reflectors, bouncing the window light back onto him. So, should the worst happen and the flashes not fire, we’d simply have to adjust the camera’s settings to 80/sec @ f2.8 and we’d have a nice natural light shot. Luckily there were two windows on the back wall out of shot that would provide nice soft backlights.

Plan C was to change my name and escape to South America.

When we were all set up, we took a few test shots and then had a few minutes to relax before we were given ‘the nod’ to let us know Richard was leaving the stage and making his way toward the room we were in. Here’s a time line of how the shoot went:

To say it was a whirlwind shoot would be the understatement of the year. I must admit that we gave ourselves a congratulatory pat on the back after he’d left and it highlighted how important being prepared is. We always spend time planning for when things might go wrong during shoots, but it often seems a waste of time- until something like this happens and you have to call upon your careful planning.